Ask for a quote without compromise

WHAT THE EXPERTS SAY

“Diabetic retinopathy is the leading cause of blindness in Spain among the working-age population. Given the predictions of the increase in diabetes over the next few years, visual impairment due to these problems will continue to be a major health problem with an exponential increase in the future.

In order to face these visual problems, early diagnosis is essential; the only way to prevent or delay vision loss, and which will allow the application of therapeutic procedures that can prevent progression to blindness.”

Professor of Ophthalmology at the UCLM and President of the Spanish Retinal and Vitreous Society. (SERV)

“2017. Year of the retina in Spain “is an event promoted by the Retinaplus+ Foundation to reduce the prevalence of preventable blindness in our country. It has been declared of exceptional public interest by the Government of Spain in Law 48/2015 of 29 October (Additional Provision Fifty-eighth), on General Budgets for 2016 (BOE 30/10/2015).

Thanks to this, companies will be able to apply the maximum tax benefits, regulated in Article 27 of Law 49/2002, of 23 December, on the tax regime of non-profit entities and tax incentives for patronage and developed in detail by the Regulation included in Royal Decree 1270/2003, of 10 October.

The company communicates by e-mail to its employees the day, location and link to the registration form. It is convenient to send the video explaining the test and make a reminder the day before.

Each employee enters his/her basic data, accepts the informed consent of the test and selects the most convenient time for him/her from the available hours.

We will provide your company with the equipment, material and qualified personnel necessary to ensure the success of the screening day. Only one room with little natural light is required.

During the day they come to your appointment, without waiting, the photos of the fundus are taken quickly and comfortably and in less than 48 hours each one receives the medical report in their email.

EARLY DETECTION, NOW IN YOUR COMPANY 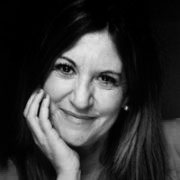 ‘Fantastic’, on January 16 in our offices in Valencia the OPTretina team reviewed 192 employees and the reports were delivered in less than 24 hours, this simple and innocuous method that allows to rule out diseases of the macular zone, has been a success.

In 2016 it was also carried out in our offices in Barcelona to 273 employees and in Madrid to 373, congratulations to the whole team of OPTretina!, we will repeat in some other center of Capgemini. 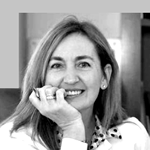 As a physician I am especially aware of the role of early detection of retinal alterations.

Despite the large number of interested employees, everything went smoothly and smoothly. 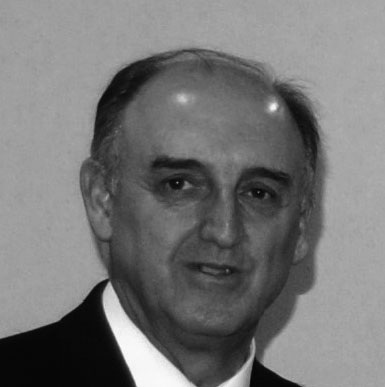 ENUSA Industrias Avanzadas S.S. SME obtains the Healthy Company certification in December 2016.
Convinced that any measure aimed at preventing, maintaining, and improving the health of the people who make up this company helps to increase work wellbeing, we undertook, in collaboration with OPTRETINA and SANITAS, the campaign for the early detection of retinal pathology.
The aging of the working population in our country makes it advisable to carry out this type of preventive practices that ensure the early detection of processes to ensure a better evolution and prognosis of them.
The satisfaction of all the people who participated in this campaign was very high due to the speed, simplicity, quality of the report and comfort when carried out in the workplace with reports of almost immediate results.
Some unknown cases of retinal pathology were detected and subsequently referred to his ophthalmologist for follow-up.
This is a totally recommended preventive practice that we will surely continue to repeat in our company.

Head of Prevention and Occupational Health. Directorate of O+RRHH, ENUSA 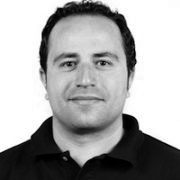 As part of the “Live Well” week, a health campaign organised by Roche around the world, we offered our employees this innovative technique where, with just one photograph of the fundus, macular degeneration can be diagnosed and prevented, avoiding future vision problems and other important ailments. The participation was very high, and we all appreciated the speed and simplicity of the test.

Thanks to optretina’s technicians more than 10 employees detected some kind of problem and today they are already being treated. 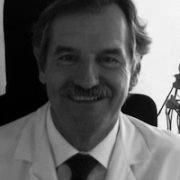 In my opinion, this is a simple, quick, harmless and undisturbed test, which provides posterior pole information of the eye, which is otherwise complex to obtain and effectively complements the usual screening studies of visual function. The technicians who obtain the images are efficient and professional; and the ophthalmological report is complete and they provide it in a very short time. I therefore believe that this is an evaluation which will soon be essential as a complement to eye screening campaigns. I highly recommend it. 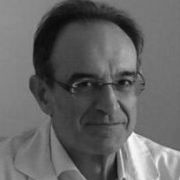 The retina disease screening campaign has been very successful in our company. 600 workers from our work center have been checked in just 8 hours. The test lasts only a few seconds. The OPTretina team has been very professional in both the preparation of the campaign and its implementation. The retinology team sends the reports in less than 24 hours and a small percentage of workers who had no symptoms yet have been found to have pathology. Early detection of retinal lesions is a very important first step in their treatment and also in preventing new lesions. The workers who participated in the campaign were very satisfied. 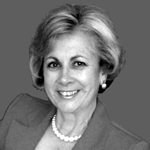 An incredible experience. In just a few hours, more than 500 employees were studied. The next day we had the confidential report in which several important incidents were detected, because thanks to its detection, possible blindness can be avoided. Some workers sent us a personal thank you email for organizing this kind of testing. Thank you for your valuable help above all for the social and economic good that this early detection generates in people, in public and private health systems and in the common good. 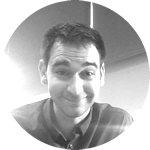 Optretina has given us the opportunity within our umbrella of a healthy company, Live Young, to perform a health action agile, comfortable, fast and with very good acceptance by our employees. The results have served to help those colleagues who did not know they had an alteration in the retina and can be treated. Thank you very much to all the team.

Responsible for ISDIN’s own prevention service

SOME COMPANIES THAT HAVE REVIEWED THE RETINA TO THEIR EMPLOYEES

Ask for a quote without compromise

“Many studies have evaluated the severity and frequency of symptoms associated with the use of computers across different working populations. Previous reports have indicated that between 64 and 90% of 1051-9815/15/$35.00 © 2015 – IOS Press and the authors. All rights reserved 304 S. Gowrisankaran and J.E. Sheedy / Computer vision syndrome computer users experience CVS [3–8]. A survey of computer users and non-users showed that visual complaints were reported by 75% of computer users who work 6–9 hours in front of their screens compared to 50% of nonusers [9]”

Screening in opticians
At your headquarters
Partners
Blog

This site uses technical, analytical and session cookies in order to provide a better service. However, we need your explicit consent to use them. You can also change your cookie settings or obtain more information here.Read cookie policy.

This website uses cookies to improve your experience while you navigate through the website. Out of these, the cookies that are categorized as necessary are stored on your browser as they are essential for the working of basic functionalities of the website. We also use third-party cookies that help us analyze and understand how you use this website. These cookies will be stored in your browser only with your consent. You also have the option to opt-out of these cookies. But opting out of some of these cookies may affect your browsing experience.
Necessary Always Enabled
Necessary cookies are absolutely essential for the website to function properly. This category only includes cookies that ensures basic functionalities and security features of the website. These cookies do not store any personal information.
Non-necessary
Any cookies that may not be particularly necessary for the website to function and is used specifically to collect user personal data via analytics, ads, other embedded contents are termed as non-necessary cookies. It is mandatory to procure user consent prior to running these cookies on your website.
SAVE & ACCEPT
NOTICE: The content of this site is intended exclusively for healthcare professionals.
+ info
This is default text for notification bar
Learn more